What is the impact of a weaker Pound?

By: M Rahman | Tags: Others 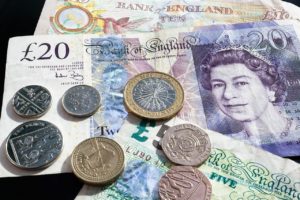 What is the impact of a weaker Pound?

The value of the Pound has recently suffered a sharp fall. The result of the EU referendum has largely been blamed for that. Regardless of who or what to blame, it is certain that this fall in the Pound will have a significant impact not only on the UK companies and consumers, but also on those outside the United Kingdom.

The British consumers will pay higher prices for imported goods like clothes, food, petrol, electrical goods and many more. Recent battle between Tesco and Unilever suggest that suppliers will create pressure on retailers to increase the price of their products. This simply means the consumers are the losers here.

The sharp fall in the Pound would impact on the outbound British tourism. Going abroad to Geneva, New York, Berlin or Paris will be more expensive as a Pound will get less foreign value.

The UK needs skilled workers in a number of shortage areas. However, foreign workers may find the UK less attractive due to the fall in the value of the Pound.

British expats will also face challenges. The purchasing power of those, who get paid in the Pound sterling, will fall due to the sharp decline in the value of the Pound.

However, a weaker Pound has some benefits as well. For example, British exporters will benefit from a weaker Pound. They can now sell their products cheaper which might mean more sales and more profits.

A fall in the value of the Pound will also encourage Britons to go for ‘staycation’. A staycation usually refers to a holiday in one’s home country rather than abroad. Holidays in Europe and other countries will be more expensive than before. As a consequence, many British tourists will be convinced to take more holidays in the UK. This will have a positive impact on the British economy.