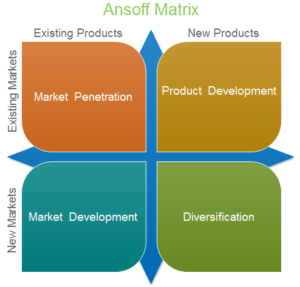 What is Ansoff growth matrix?

Organisations need to decide the best course of action when it comes to growth strategies. Although a number of options are available, not all strategies are suitable for every organisation. Factors such as market demand, capabilities of organisations and their willingness to take or avoid risks impact on the choice of strategies. The growth matrix developed by Ansoff, guides organisations in their pursuit of strategies.

Harry Igor Ansoff, a Russian American mathematician, developed the Matrix in 1957. The matrix outlines four possible growth strategies available to an organisation. These are market penetration, market development, product development and diversification. The article ‘What is Ansoff Growth Matrix’ offers more insights into the matrix.

To demonstrate usefulness of the matrix, we have applied it to the Coca-Cola Company. The Coca-Cola Company is one of the most well-known brands in the world. It is available in almost every country and has a history of more than 100 years.

Marketing penetration refers to selling existing products to existing markets (BPP Learning Media, 2010). Coca-Cola pursues market penetration as one of its growth strategies. This has been possible for the company due to an incredible strength of Coca-Cola’s brand name. Likewise, its effective distribution channels have taken its products to more places from which customers could buy them. This has also been useful for the company to pursue its market penetration strategy.

Marketing development is the ‘process by which the firm seeks new markets for its current products’ (BPP Learning Media, 2010, p.161). Coca-Cola started its journey in USA. It now operates in almost every country in the world. This is an example of new geographical market development. Likewise, it had a successful launch of Vanilla Coke in the USA. It then decided to launch the product in the UK too.

Product development refers to the ‘launch of new products to existing markets’ (BPP Learning Media, 2010, p.162). A good example of product development is the launch of Cherry Coke in 1985. It is considered to be Coca-Cola’s first extension beyond its original recipe.

Another example is the development of Fanta Icy Lemon. Coca-Cola developed this new product to sell to its existing markets to increase sales. Likewise, it recently introduced a number of new products e.g. Coca-Cola zero Raspberry, Coca-Cola zero Peach and Cherry, and Coca-Cola Energy (The Coca-Cola Company, 2021).

Diversification ‘occurs when a company decides to make new products for new markets’ (BPP Learning Media, 2010, p.162). Coca-Cola has used diversification as one of its strategies on a number of occasions. For example, it has added Chi Ltd, a Nigeria-based leading dairy and juice company, to its enormous portfolio.

Likewise, Coca-Cola spent $4.1 billion to acquire Glaceau, including its health drink brand Vitaminwater in 2007. As markets in many parts of the world are heading less-sugary future, it is now focusing heavily on the growing healthy drink sector. It should also be mentioned that Coca-Cola’s decision to acquire Costa coffee chain from Whitbread with £3.9 billion is indeed another example of its diversification strategies (Vizard, 2018).

We hope the article ‘Understanding Ansoff matrix – an example of Coca-Cola’ has been a good read. You may also like SWOT analysis of Coca-Cola and Marketing mix of Coca-Cola. Other relevant articles for you are:

Vizard, S. (2018) Coca-Cola to buy Costa coffee as it looks to diversify beyond sugary drinks, available at: https://www.marketingweek.com/coca-cola-to-buy-costa-coffee-shop-chain-for-3-9bn/ (accessed 10 January 2021) 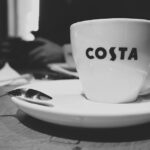 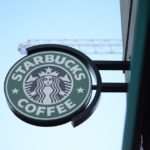