The safest airlines in the world 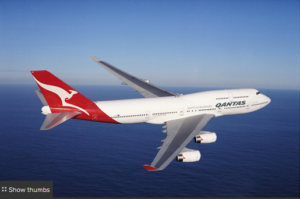 Recent aviation accidents and incidents have caused panic to many air passengers and people in general. People are very concerned about the safety of airlines, and therefore, would like to know they are travelling with safe and reliable airlines. However, how would they know which airlines are the safest to travel with? AirlineRatings.com has an answer to this question.

AirlineRatings.com is the world’s only safety and product rating website (Smith, 2016). This website has recently announced its top twenty safest airlines and top ten safest low cost airlines for 2016 from the 407 it monitors.

AirlineRatings.com considers a number of factors to assess the safety of airlines and compile its ranking list. Operational history, incident records and operational excellence of the airlines, and audits from governing bodies are some of the factors the website considers to make the final list.

Amid a number of airline disasters, and pilots of some airlines raising concerns about negative practices and safety standards, this announcement from AirlineRatings.com will be of some very good comfort for worrying travellers and their well-wishers. Airlines should go beyond just meeting acceptable safety standards and must prioritise the safety of passengers over anything else.