This detailed SWOT analysis of General Motors (GM) aims to provide readers with a comprehensive insight into the strengths and the weaknesses of General Motors company. It also aims to examine the opportunities the company should explore and the threats it should keep an eye on. General Motors is an American multinational automotive company headquartered in Detroit, Michigan. It was founded in 1908 by William C. Durant.

General Motors is one of the biggest and most successful car manufacturers in the United States. It has a history of over 100 years in the field of transportation. It emerged at a time when there were approximately 8,000 automobiles in the United States. Since then, it has been making some remarkable progress in the field of transportation and technology. As of July 2019, GM serves 6 continents across 23 time zones (General Motors, 2019).

General Motors holds a very good market position in some of its key markets. For instance, it had approximately 17% market share in the USA in 2018 (Wagner, 2019). Its biggest market is China where it sold 3.65 million vehicles in 2018 (Xinhua, 2019). It is also one of the most dominant players in Brazil’s automotive market.

Having a diversified portfolio has helped General Motors explore and succeed in a number of markets. The company manufactures and sells vehicles under different brand names such as Chevrolet, Buick, GMC, Cadillac, Opel, Vauxhall, Holden, Baojun, Wuling, and Jiefang. This puts GM far ahead of all the competitors except Volkswagen.

General Motors sold 8.4 million vehicles in 2018. As of the end of 2018, the company has 173,000 employees worldwide. It sells vehicles in 86 countries and has 12,509 dealers. Its supply chain spans over 18,000 business worldwide (General Motors, 2019). The appointment of Mary Barra as the CEO in January 2014 also speaks volume. Mary was the first woman to be appointed in charge of a major automotive company in the world.

General Motors depends heavily on the US and Chinese markets to generate most of the revenues.  In fact, China was the largest market for the company in 2018. Relying on these two countries, particularly the home market (the USA) for most of the revenues makes GM vulnerable to changing economic circumstances, and trade wars between China and the USA.

While General Motors is a successful company, it has stories of failure as well. For instance, it recalled a record 30.4 million cars and trucks in 2014. A flawed ignition switch installed in 2.6 million cars led to the death of at least 51 people. The total cost of the recalls was $4.1 billion (Isidore, 2015). Apart from the recalls, GM has struggled to develop its footprint in some countries e.g. Russia and India.

Though General Motors is heavily reliant on the US and Chinese markets, yet these markets offer opportunities for further expansion. This is evident from strong sales recorded in China and high demands for GM’s truck and utility vehicles in the U.S in 2018. In fact, the company plans to introduce around 20 new and refreshed models of vehicles in China in 2019. Likewise, it plans to invest $300 million at its assembly plant at Orion Township in Michigan with a view to building a new Chevrolet electric vehicle (Shepardson, 2019). Also, a possible $1 billion expansion of the General Motor’s truck and van plant in Wentzville, Missouri, is on the table.

The demand for EVs (electric vehicles) is growing rapidly around the world; hence a good opportunity for General Motors. The current top 10 markets for EVs are Norway, Iceland, Sweden, Netherlands, Finland, China, Portugal, Switzerland, Austria, and the UK (Routley, 2019). Apart from electric vehicles, other much talked about vehicles are driverless cars. The forecasts by IHS Automotive suggest that there will be around 21 million driverless cars in the USA and 27 million in Europe by 2030.

Threat is the last issue to discuss in the SWOT analysis of General Motors (GM). The company is vulnerable to fierce competition from big giants such as Ford, Toyota, Suzuki, Hyundai, Nissan, Honda, BMW, Mercedez, Mitsubishi, and Fiat Chrysler Automobiles. GM’s decision to close down production in some plants may send a very negative message to general public and potential buyers. The decision to close down plants in Lordstown (Ohio), Baltimore and Warren (Michigan), Detroit, and Canada are highly likely to result in major backlashes from both employees and lawmakers (Leins, 2019).

Automotive market growth is likely to slow down in some markets in the next few years. Likewise, rising pay level in some countries, particularly China may impact on the profitability of General Motors. General Motors also need to take note that some environmental initiatives may drive up its production costs.

Advantages and disadvantages of trade fairs

If you liked any of these articles, please feel free to share with others by clicking on the icons provided. Also enter your email address at the bottom of the site to ‘Join us’ free for our newly published articles and newsletters. 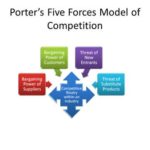 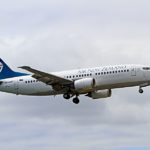