This is a detailed SWOT analysis of Barclays. It aims to analyse the strengths and the weaknesses of Barclays. It also aims to explore the opportunities and the threats facing the bank. Barclays plc is a transatlantic consumer and wholesale bank with global reach. Its origins date back to 1690 as a business helping monarchs and merchants exploring and funding ventures around the world.

Barclays is one of the most famous financial brands in the world. It is well diversified by geography, by product, and by currency between its consumer and wholesale businesses. It offers services in retail banking, corporate and investment banking, credit cards and wealth management. It has a fantastic position in the UK retail and business banking. It serves around 23 million customers and a million small businesses in the UK. It operates in over 50 countries and has approximately 48 million customers and clients worldwide (Barclays, 2022).

Barclays has been one of the pioneers of innovation and leadership in the banking sector worldwide since its inception. It funded the world’s first industrial steam railway, and introduced the world’s first ATM machine in 1967. It has been expanding its digital offerings to include mobile banking and other technologies that help make banking easier for customers to manage their finances. It also came top in naming the UK’s first female branch manager. These are some of the significant achievements Barclays has made over the years.

Barclays is a popular choice for mortgages in the UK. Over 110,000 customers took out a mortgage or further borrowing on their property from the bank in 2018. It offers a wide variety of mortgages, most of which last two, three, five or 10 years. The interest rate on mortgages provided by the bank is also impressive. Maunder (2021) reports that average interest rate of a two-year fixed-rate mortgage from Barclays is well below the overall market average.

Discussion on weaknesses is an important area in the SWOT analysis of Barclays. Poor customer satisfaction rate is a problem for Barclays. For instance, it became No 5 in overall service quality in an independent survey in February 2019 which asked customers of the 16 largest personal current account providers in the UK. It became No 9 in services in branches. However, it became 2nd in online and mobile banking services.

A number of controversies have affected Barclays last several years. For instance, the bank was accused of violating international money laundering laws in 2009. It was also accused of helping fund President Robert Mugabe’s government in Zimbabwe.

In the past, HM Revenue and Customs in the UK accused Barclays of designing and using two schemes to avoid substantial amounts of tax. The bank was hit with a £26 million fine by the Financial Conduct Authority (FCA) for poor treatment of more than 1.5 million struggling borrowers (Makortoff, 2020). These instances has damaged its public image.

While Barclays is a popular choice for mortgages in the UK, it can grow further in this area. As many people are purchasing properties for the first-time, it can expect a good chunk of the market share.

Barclays currently operates in over 50 countries. It can grow further in many of its existing markets. Particularly, emerging markets offer it opportunities for further growth. Likewise, expanding further into the US market is a fantastic prospect for it as around a fifth of the bank’s capital is allocated to the country. Operating in new geographical locations is also worth exploring.

Legal challenges are also considered threats. For instance, The Serious Fraud Office (SFO) in the UK has charged Barclays Bank PLC with ‘unlawful financial assistance’ related to billions of pounds raised from Qatar in 2008. Barclays holds a banking licence that allows it to operate in different countries. However, if the bank was found guilty, it could lose that extremely important licence (BBC, 2018).

Another issue to consider is the economic downturn in Europe. The European Union has been going through a lot of challenges for quite some time now. This is problematic for Barclays as the European Union is one of its key markets.

Advantages and disadvantages of a private limited company


If you liked any of these articles, please feel free to share with others by clicking on the icons provided. 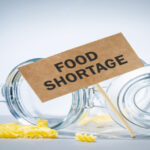