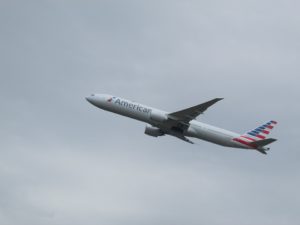 This detailed SWOT analysis of American Airlines aims to address some of the internal and the external factors that affect American Airlines. It aims to analyse the strengths and the weaknesses of the airline. It also aims to explore the opportunities the airline should pursue and the threats it should keep an eye on.

AAdvantage is the loyalty programme of American Airlines. As AAdvantage members, passengers can earn miles when they fly American, oneworld® and other participating airlines, as well as over 1,000 partners (American Airlines, 2019). They can then use the miles in a number of ways. For example, they can upgrade to the next cabin on select flights. Then can also use the miles for hotel stays, rental cars and other retail products. Interestingly, they can use the miles they have accumulated for themselves or for anyone else they like! It is worth mentioning that miles here do not mean how many miles passengers fly, rather how much they spend on flights.

American Airlines has a very good reputation for onboard entertainment. Passengers can use overhead screens, seatback screen, and personal devices (e.g. phone, tablet or laptop) to enjoy free movies, TV Shows, music and games. These entertainment provisions help the airline increase customer satisfaction and attract new customers. It should be mentioned that if passengers would like to use their personal device for entertainment onboard, they need to download American Airlines app before their flight.

Financial position of the American Airlines is also an important aspect to consider in this analysis. The company reported a pre-tax profit of $1.9 billion for the full year, 2018. The net profit for the same period was $1.4 billion (American Airlines, 2019)

There are some other problems American Airlines experienced recently. For example, the airline had a technical problem with its pilot scheduling system in December 2017. Its computer system accepted time off request from any pilot who wanted it regardless of whether the pilot deserved it (Sumers, 2017). This created a chaos and made many passengers worried. According to some analysts, this has also caused tension between the airline and Allied Pilots Association (the pilot union).

Different types of natural disaster have always affected air travel and airport infrastructure (Smith, 2018). Fire, earthquakes, tornadoes, and floods can severely impact on airports and aviation facilities. They can easily cause flight delays, cancellations, and other disruptions.

We hope this article on the ‘SWOT analysis of American Airlines’ has been useful. You may also like reading SWOT analysis of Air Canada. Other relevant articles you may be interested in are:

If you liked any of these articles, please feel free to share with others by clicking on the icons below. Also do not forget to enter your email address at the bottom of the site to ‘Join us’ free for our newly published articles and newsletters.

Sumers, B. (2017) American Airlines Solves Its Holiday Pilot Problem and Will Not Cancel Any Flights, available at: https://skift.com/2017/12/01/american-airlines-solves-its-holiday-pilot-problem-and-will-not-cancel-any-flights/ (Accessed 02 April 2018)