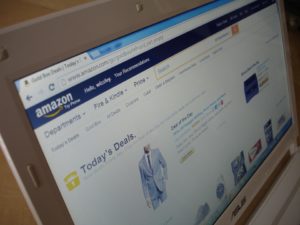 This article is about a brief SWOT analysis of Amazon. It examines the strengths and the weaknesses of Amazon. It also examines the opportunities and the threats facing the company. Amazon is the trading name of Amazon.com, Inc. The company began its journey in 1994. It was founded by Jeff Bezos, and is based at Seattle in Washington.

We have conducted a quick and mini SWOT analysis of Amazon for you as follows:

Amazon has made some great success stories over the years. For example, it was the most valuable retail brand in the world in 2017 with a brand value of about $139.29 billion (Statista, 2017). It has more than 300 million customers and has achieved the title of the highest book seller in the world.

Brand recognition is certainly a great strength of Amazon. Many customers around the world can recall Amazon on top of the mind. The company initially started its business with books only; however, it increased its portfolio enormously over the years. Today, it lists more than 3 billion products across 11 marketplaces worldwide.

Amazon invests heavily on cutting-edge technology and its global expansion. For example, it invested £6.4 billion between 2010 and 2017 in the UK (Amazon.com Inc., 2017). Amazon is currently experimenting Amazon Prime Air (small unmanned aerial vehicles) delivery system to get packages delivered to customers in 30 minutes or less.

Price war in online retailing is intense and Amazon is not immune from it. In fact, it impacts heavily on Amazon’s profit margins. Amazon’s rapid expansion has also been proven costly.

Amazon has received a lot of negative media coverage over the years. It faced legal challenges as well. In 2017, The EU commission ordered Amazon to repay €250m over ‘illegal tax advantages’ it received from Luxembourg. However, Amazon maintained that it did not receive any special treatment from Luxembourg (Rankin, 2017).

Opportunities for a giant like Amazon are everywhere. Amazon’s brand recognition and financial position make it able to grow further into its current markets. According to Baird Equity Capital (cited in Kim, 2016) Amazon has a $1.7 trillion in market share opportunity if it can grow in five mega categories i.e. clothing/accessories, home and kitchen, health/beauty, grocery, and office equipment/B2B. According to the same source, Amazon has less than 5% market share in each of these categories (as of 2016). Likewise, further opportunities exist in opening more sites in the emerging markets

Threat is the last element to address in the SWOT analysis of Amazon. As Amazon operates in a number of segments e.g. media, electronics, and other merchandise, it faces a number of competitors. For example, Walmart, eBay, Alibaba, and Google are some of the toughest competitors of Amazon in different segments.

Another threat to consider is online vulnerability. A number of great giants’ security has been breached by malicious hacking over the years. This threat is omnipresent which may destabilise any company in the world.

Hope the article on the SWOT analysis of Amazon has been useful. You may also like reading:

Other relevant articles you may be interested in are as follows:

If you liked any of these articles, please feel free to share with others by clicking on the icons below.

Kim, E. (2016) Amazon has a $1.7 trillion opportunity if it can grow in these 5 markets, available at: http://uk.businessinsider.com/amazons-next-17-trillion-opportunity-could-come-from-5-markets-2016-7?r=US&IR=T

M Rahman writes extensively online with an emphasis on business management, marketing, and tourism. He is a lecturer in Management and Marketing. He is a graduate of Leeds Metropolitan University and London South Bank University. 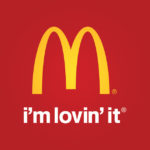 SWOT analysis of the UK