This article offers a detailed assessment of the stakeholders of Costco (stakeholder analysis). Costco is a renowned warehouse club that offers a wide selection of merchandise to its members. It focuses on selling products at low prices while providing a high level of customer service. It differentiates itself from other retailers through its membership-based business model.

The leadership team is one of the key internal stakeholders of Costco. The CEO sets the direction for the company and its strategies. The executive vice presidents and senior vice presidents have specific responsibilities concerning different areas of operations e.g. marketing, operations, merchandising, financial planning etc. The leadership team’s visualization and strategic thinking have certainly helped the company grow over the years.

However, some scandals such as gender bias lawsuits, allegations of employee discrimination, filling prescriptions improperly, selling fake Tiffany rings, and others have raised questions about efficiency of the management’s operational and quality controls.

Employees are the backbone of any business. Costco focuses on providing a positive working environment for its employees. In addition to competitive wages, it also provides life insurance, medical insurance, optical and dental benefits, long-term disability plans, and some others. Employees also have access to training and mentoring programs, which help them become more efficient in their roles (Costco, 2022).

Costco recognizes and rewards employees for their hard work and loyalty. In fact, it differentiates itself from many other retailers through its culture of promoting the majority of the management teams from within.

However, it is worth mentioning Costco was sued several times in the past by some employees over a variety of issues.  Fowler (2022) reports that an employee in Georgia decided to sue it on the grounds that he received nothing in return after he had given it a ‘secret invention’ that helped it save hundreds of thousands of dollars.

Costco sources many of its products from suppliers and manufacturers within the USA, particularly for the home market. However, many of its products come from abroad as well. It reaches out to local, EU and Asian suppliers to serve its UK market. The distribution network allows it to purchase the products in bulk, which is usually cheaper than buying in smaller quantities. However, Costco has been struggling for some time to fill its shelves due to supply chain challenges (Jewett, 2021).

Customers are the most important external stakeholders of Costco. They enjoy different benefits such as member-exclusive sales, discounts on grocery items, and savings on gasoline. Several studies have found that customers who shop at Costco report that they are more satisfied with their shopping experience compared to those who shop at traditional grocery stores.

Other stakeholders of Costco

Costco aims to create a welcoming environment for all stakeholders. It facilitates this by partnering with suppliers who share its same values e.g. giving back to the community. Local communities have interests in Costco in terms of employment opportunities for local people and concern for pollution caused by its operations. Similarly, central, state, and local governments, and pressure groups have interests and can also impact on its operations.

Costco is one of the world’s largest retailers. Its success is largely due to its top-notch leadership team. These leaders are responsible for setting direction for the company and its strategies. Like them, employees and suppliers also play a big role in its success. Having said that, the most important stakeholders are the customers as without them Costco will have no business. 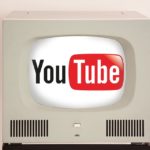