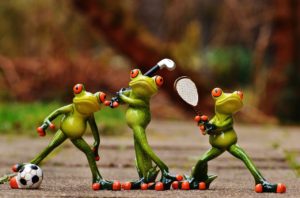 Sport as a business development.

The history of sport can be dated back to ancient eras, but there eventually came a time when sports were formalised and structured in the way we know it today. The mid to late 19th century provided the foundation for most international sports to be formalised. Beech and Chadwick’s (2004) ‘Seven Phases Model’ can be applied to various sports when trying to gain an understanding of how the sport has developed over time from its inception, to modern day appeal and standing.

Chadwick (2009) states that with the onset of the industrial revolution, there was an upsurge in the popularity of football as a diversion for the masses away from their harsh industrial lives, and to the emergence of the professional game of football. Many external forces that were affected by the revolution had a direct impact on sport. With the transport system growing, many members of society were able to commute to different cities and towns with ease.

As a result, cities and towns grew as did sport. Sports clubs and leagues were able to generate considerable amounts of spectators from various parts of the country to come and watch their sport. Competitions expanded as a result with teams and individuals able to commute regularly to face opposition from various locations.

Hoye et al. (2009) has also provided another key example of how sport has developed as a business. They argue that like all types of business, every sport requires a strong system of financial management to make sure it can sustain itself into the future.

Arguably the most key development of sport as a business in the UK has been the emergence of Sky to televise live sport since the early 1990s. Sky Sports was formed in 1991 and subsequently signed a £304 million deal for exclusive live coverage of the newly formed FA Premier League in 1992.

The satellite broadcasting of the competition has enabled opportunities for top level players to earn astronomical wages, which links back to 1961 when Jimmy Hill and the PFA had abolished the maximum wage cap, which stood at £20 a week (Beech and Chadwick, 2013).

Forward to the current day and Wayne Rooney has managed to negotiate a deal of £300,000 a week with Manchester United. The introduction of Sky and live televised broadcasting of football had put the sport in the commercialisation phase.

Slack and Parent (2006) argue that the sports business industry is one of the most buoyant consumer markets and long term growth is predicted.

An example of post commercialisation is the NFL. Houlihan (2009) states that Fox Television Company struck a deal with the NFL in 2004 worth an estimated $712 million a year, 30% more than its previous deal.