Has the Rio Olympics been a success? 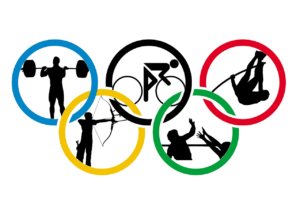 With almost 100 world and Olympic records being broken it would have to be suggested from a sporting standpoint it has been a remarkable success. The Rio Olympics came 2 years after Brazil had hosted a largely successful FIFA World Cup tournament in which the host nations progressed to the semi-final stage only to be beaten by the eventual winners, Germany.

There were no major drugs or doping scandals to emerge from the Games making it a relatively drug-free competition. What is ever increasingly important with staging international competitions now in the sporting world however; is whether the events themselves can have a lasting impression and effect on the host nations in regards to economy and infrastructure.

Before the Games started on June, there was major health concern with an outbreak of the Zika Virus. The World Health Organisation declared a pandemic as the virus which began in Brazil in 2015, spread across parts of the Americas and the Pacific. WHO issued several warnings to potential to spectators and athletes not to travel to the Games due to the increasing risk of catching the deadly virus. The virus is still ongoing.

$12 billion was spent on funding the Rio Olympics, which was inevitably funded by tax payers towards transportation, new stadia, development and regeneration projects to name but a few. These improvements have yet to be completed. With a country that for so long has been regarded as a third world country, time has yet to indicate whether there will be a lasting positive legacy from the expenditure of these games, or further plunge Brazil into trouble, who were already in economic turmoil before the Games. Tens of thousands of people were forced to vacate their homes in favelas due to regeneration and building of infrastructure.

Crime has long been a national issue in Brazil, and the Rio police were instructed to make sure the headlines were only about the success of the Olympics, rather than outbreaks of organised crime. Amnesty International stated that police brutality was a result of at least 1 police killing per day due to violent police operations during the 16 days of Olympic competition. There were cases of human rights violations leading up to the games with workers dying in construction due to lack of safe working environments and reported cases of volunteers resigning due to not being looked after properly.