PESTEL analysis and its application 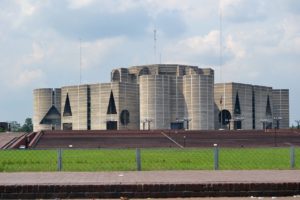 What is PESTEL analysis?

When a company decides to enter a new market, a PESTEL analysis of the market is indeed needed to determine the right strategy to enter. PESTEL is an extended version of ETPS model which was developed by Harvard professor Francis Aguilar. ETPS was published in Francis’ book ‘Scanning the Business Environment’ in 1967. PESTEL stands for Political, Economic, Social, Technological, Environmental, and Legal.

PESTEL requires a deep understanding of the macro-environment in which a business operates. Factors those beyond the control of the company are identified as external and the elements like PESTLE need to be analysed to determine the organisational strategy (Hitt, et al., 2007). Let us consider the example of a multinational company planning to enter into Bangladesh, an emerging market in South East Asia, with their fashion products. The following is a PESTEL analysis in the context of Bangladesh:

Bangladesh has a democratic system in place with a written constitution. The politics is dominated by two big political parties with liberal agenda. However, problems exist in relation to election and change of government. Some political violence and strikes hamper transportation of goods on time.

Bangladesh has a rapidly growing economy. The country has been promoted from low income to lower-middle income country. After agriculture, garments industry is the biggest sector for employment and export. The country has a mixed economy. Some aspects of business are determined by the interactions between buyers and sellers on the basis of demand and supply, whereas some others are controlled by the government.

Bangladesh is a country of 163 million people as of Sunday, December 11, 2016, based on the latest United Nations estimates. Approximately 87% of Bangladeshis are Muslims, followed by Hindus (12%), Buddhists (1%) and Christians (0.5%).  People are friendly, festival loving and generally happy with their circumstances. Networks, connections and groupings are very important part of life in Bangladesh. People in general like both Eastern and Western fashions. Bengali is the state language; however, English is widely spoken. English is indeed taught as the second language in schools, colleges and universities.

People are generally technology oriented and positive about new technologies as evidenced from the use of social media in Bangladesh. Mobile phone coverage is very high and mobile technology is widely practiced in different sectors including banking and media. Superfast broadband is also available enabling the country a new great place for e-commerce.

Bangladesh has a good standard legal system in place. However corruption is prevalent in every sphere of life and judgements can be twisted through corruption. Unwarranted political influence on the independent judiciary has also been an issue of concern for a long time triggering both domestic and international criticisms.

Hundreds of NGOs are working on issues related to environment and media attention on environmental issues is high as well. Business organisations need to be careful not to break any environmental requirements. All factories need clearance from environment directorate before beginning their operations.

In summary, it can be stated that the external environment is very much conducive to business and the PESTEL analysis did not unearth any points which could be alarming for the company to expand its business in Bangladesh. Rather Bangladesh’s stable political environment, growing economy, interesting social and cultural atmosphere, technology oriented population, predictable legal structure and environment friendly rules and regulations will provide a strong launch pad for many new businesses (BBC, 2016).

Dr. Sewel Sodry is an internationally acclaimed author and teacher of business management. He is also a specialist coach, trainer and educationalist. He holds a Master of Business degree from Victoria University, Australia and a PhD from King’s College (University of London).