This detailed PESTEL analysis of Apple examines how Apple Inc. has been dealing with different macro-environmental factors. It aims to examine the factors that have impacted on the operations of the company over the years. Likewise, it also aims to identify the factors that are more likely to change in the future and may have serious implications for the company. Apple Inc. is one of the largest companies in the world and a household name. It has fundamentally changed the idea of communications with its smartphones, computers, and other devices.

Apple’s products and services are now available in many countries. Particularly, the App store is available is 175 countries and territories. For some products and services, Apple’s market is geographically segmented as Africa, Asia-Pacific, Europe, Latin America and the Caribbean, Middle East, and Oceania (Apple, 2020). This shows that Apple may face a wide range of political forces because of its global presence.

For instance, Apple lowered its revenue outlook in early 2019 and blamed the trade war between China and the USA for this (Breuninger and Daniels, 2019). Likewise, it removed an app called HKmap.live that violated Hong Kong law. However, many US politicians have accused Apple of doing so at the behest of the Chinese government.

Apple is the first US company to be valued at $2tn (£1.5tn) on the stock market (BBC, 2020). However, there are some economic factors that may turn out to be costly for the company. For instance, China is the world’s biggest smartphone market. However, a slowing Chinese economy in 2019 badly impacted on the sales of iPhones. Likewise, increased labour cost in China is likely to increase the production cost of Apple’s devices in coming years. It should also be noted that economic instabilities caused by lockdowns in countries such as the USA, the UK, and many EU nations could also impact on the sales of luxury tech devices in coming years.

Many youngsters love tech devices and consider them part and parcel of their lives. This is surely a good thing for Apple. However, it is also true that there are now many people in the USA and some other countries who are concerned about the growing powers of tech companies. This may impact on their buying decisions.

Apple made a lot of money in China by attracting middle-class customers with luxury products; however, it is now challenged by local players such as Huawei and Xiaomi who are eating into Apple’s market share by offering customers tech devices that are lot cheaper than Apple’s products.

Technology is the next element to address in the PESTEL analysis of Apple. Needless to say that Apple has revolutionised the global technology industry and created an ‘app economy’. However, it is now locked in tech battles with a number of competitors. Its competitors have the capabilities and technologies to duplicate its products and services. It is also interesting to see that though Apple is a tech giant, it has come up with a limited number of new products in recent years (e.g. Apple Watch and Apple Music). As the competition is extremely high, the company should explore the potentials of introducing fundamentally new products and services into the market.

Many environmentalists argue that Apple is contributing to the damage of natural environment. Making smartphones is harmful to the environment as it requires dangerous mining practices. Likewise, it requires the use of hazardous chemicals with no proper recycling system. Therefore, many customers are now sticking with old iPhones rather than buying new ones. However, Apple has announced that its products are going to be carbon neutral by 2030.

DGCCRF (a French watchdog) has fined Apple 25 million euros (£21m, $27m) for deliberately slowing down older iPhone models to push customers to buy its new devices (BBC, 2020). French antitrust authorities also ordered it to pay a fine of 1.1 billion euro ($1.23 billion) for anti-competitive behaviour. These examples clearly demonstrate the consequences of not abiding by rules and regulations.

Breuninger, K., and Daniels, J. (2019) Apple’s shocking revenue warning about China is yet another example of Trump’s impact on the tech industry, available at: https://www.cnbc.com/2019/01/03/apples-china-warning-is-another-example-of-trump-impact-on-tech.html (accessed 01 October 2020)

Joe David has years of experience both in the UK and abroad. He writes regularly online on a variety of topics. He has a keen interest in business, hospitality and tourism management. 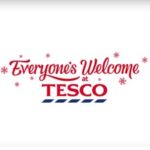