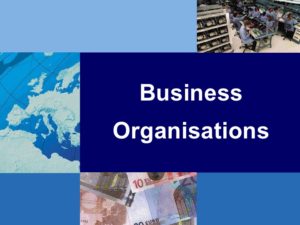 What is an organisation?

An organisation is a group of people working together in a systematic way to achieve a set of objectives. According to Needham et.al (1995) an organisation is a system, having an established structure and conscious planning, in which people work and deal with one another in a coordinated and cooperative manner for the accomplishment of recognised goals. According to Buchanan and Huczynski (1985) organisations are social arrangements for the controlled performance of collective goals.

While many writers have attempted to define the term ‘organisation’ and come up a wide variety of ideas, there are some features that are common to most of the organisations.  These features are as follows:

Name matters a lot virtually in all aspects of life. According to Needham et.al (1995), a unique name is an important feature of an organisation.  McDonald’s, Subway, Tesco, Sainsbury’s, Apple, Samsung, Aldi, Lidl etc are some unique names in the world of business. With a unique name, an organisation distinguishes itself from its competitors and others.

All organisations have some kind of objectives. For example, objectives of a company may include but not limited to increasing market share, making profit, entering into foreign markets etc. Objectives provide an organisation with direction of movement and can be used to monitor and evaluate how successful the organisation is.

Members of an organisation have varying levels of power vested in them. These powers may be set out in a written contract (Needham et.al, 1995). For instance, in the HRM department of a company, the manager may identify the training needs of employees and the trainer may select and deliver the training programmes.

M Rahman writes extensively online with an emphasis on business management, marketing, and tourism. He is a lecturer in Management and Marketing. He is a graduate of Leeds Metropolitan University and London South Bank University.