Governance and control in the international sport industry

By: Zia Ahmed | Tags: Governance and control in the international sport industry, Sports 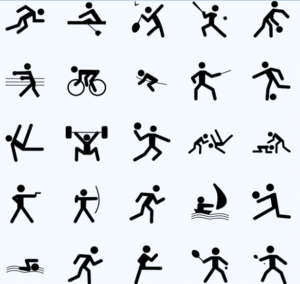 Major sporting organisations such as FIFA and the IOC have had issues of corporate scandals and corruption. FIFA and IOC delegates have been accused of taking bribes in exchange for bids from prospective host nations of the respective World Cup and Olympic Games. The suspension of FIFA delegates has increased such as lifetimes ban on Mohammed Bin Hammam and Jack Warner. This poor organisational culture and behaviour have resulted in poor corporate governance for the organisation despite stating in their code of ethics that ‘Accepting gifts or cash of any amount is strictly prohibited’.

On a domestic level, Winter (2011) states that the Sports Minister of the UK, Hugh Robertson had described football as ‘the worst governed sport in this country’. Very few outcomes have been produced following poor governance of football in England such as issues relating to the Bradford and Hillsborough stadium disasters. For FIFA, it has been argued by Forster (2006) that systemic governance is highly difficult due to the organisation facing allegations of corruption and bribery scandals. With European football ascending to new levels of hierarchical power, there could potentially be a breakaway from Europe’s top clubs, consequently forming their own super league. These elite clubs could use this threat as a means to obtain exclusive broadcasting rights and thus ensuring sustainability and profitability.

FIFA’s failure to adhere to their own ethical and moral standpoints has resulted in problems in regards to political governance. Beech and Chadwick, (2004) have theorised that in order for an international sports organisation to achieve political governance, they must influence and convince other organisations such as member football associations and national governing bodies through the use of moral pressure and financial enticements.

Adcroft and Teckman, (2009) suggest that one of the main implications of sport becoming more like business is the introduction of new stakeholders. In the case of football this is mainly reﬂected in the growing number of clubs becoming listed on their national stock markets and the subsequent introduction of the shareholder stakeholder. As a result, the overall state of sports governance cannot be deemed healthy and many discussions are still raised on how good governance can be achieved amongst major international sports organisations.