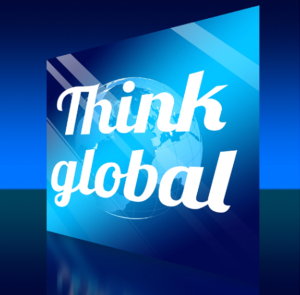 Globalisation is a widely discussed topic. It has raised interest in academic, political and social circles over the years. Many businesses benefit from globalisation, while public resentment towards globalisation has also been seen in some countries. Globalisation has created numerous opportunities for people and business. However, it has its own challenges as well.

Academics have defined globalisation in different ways considering different perspectives. According to Stonehouse et al (2004), globalization refers to increasingly global nature of markets, the tendency for transnational businesses to configure their business activities on a worldwide basis, and to co-ordinate their strategies and operations across national boundaries.

Countries are interdependent with each other for many reasons. For example, productions in one country may depend on the raw materials produced in another. Likewise, availability of cheap labour may drive companies in a country to outsource some operations to another. For example, Primark (an Irish company) makes its clothes abroad. The company works with 700 suppliers from China, India, Bangladesh, Turkey and Eastern Europe (Primark, 2016).

Products manufactured in a country may have markets abroad. For example, German car manufacturers such as Audi, BMW, Mercedes-Benz, Porsche, Volkswagen, and many others have big markets in UK and USA. Likewise, Germany is the UK’s largest export market in Europe and second largest globally after the US.

Today, many multinational companies view the world as a single market for their standardised products. Whether it is fashion, entertainment, or sports, the taste of people living in various parts of the world is becoming more and more similar.

In a nutshell, countries are interdependent with each other. This brings in both opportunities and challenges for businesses. Therefore, it is important for business managers to understand the implications of globalisation on their businesses.

Primark (2016) Where does Primark make its clothes? Available from http://www.primark.com/en/our-ethics/questions-and-answers/where-are-primarks-clothes-made (Accessed 26 April 2016)