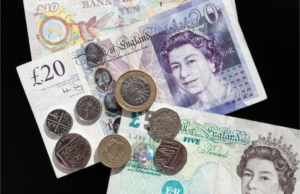 There is no doubt that countries need investment for economic growth and prosperity. Therefore, we see governments around the world attempting to provide various incentives to foreign investors. This article touches briefly on Foreign Direct Investment (FDI) and identifies some popular destinations for FDI.

According to Hill (2012) foreign direct investment (FDI) takes place when a company invests directly in facilities to manufacture or market a product in an overseas country. According to the U.S. Department of Commerce (cited in Hill, 2012), FDI takes place when a U.S. citizen, firm, or affiliated group takes an interest of 10% or more in an overseas business entity. By undertaking FDI initiatives, a firm becomes a multinational enterprise.

Most of the global FDI was historically aimed at developed nations such as Japan, U.S., and the European Union; however, emerging markets such as China, Brazil, India, Turkey, Nigeria, Mexico, South Africa and others are drawing a huge FDI attention now-a-days.

UK is a very popular destination for FDI. Foreign companies invest in a variety of industries in the UK such as, transports (particularly, airports and bus services), telecommunications, and energy. According to Office for National Statistics (2015), net earnings from inward FDI increased from £50.8 billion in 2013 to £52.3 billion in 2014.

UK is the number one destination for FDI in Europe. FDI has significantly contributed to the UK economy over the years. For example, FDI has resulted in over 100,000 new and safeguarded jobs in the UK in 2012-15. U.S, China, India, and EU are the leading foreign direct investors in the UK.

In a nutshell, FDI is very important for the economic growth of a country. Therefore, governments need to take necessary steps to make FDI easy. It can be done by removing trade barriers, creating conducive environment, and providing investors with additional incentives.

We hope the article has helped you explore the concept of foreign direct investment . You may also like reading PESTEL analysis of the USA. If you liked this article, please share it by clicking on the icons below.