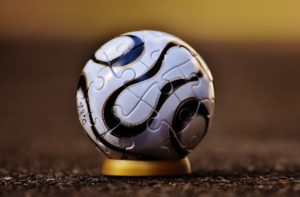 3 teams are relegated and promoted to the English Premier League each season, with the top 3 teams also directly qualifying for the UEFA Champions League, a change from the initial league winners only rule back in the original 92/93 season.

Manchester United can also boast another record holder, Ryan Giggs, their former player and temporary manager competing in a record 632 appearances in the English Premier League since its inception.

The most goals scored in the competitions history however, goes to Alan Shearer, who played for Blackburn Rovers and Newcastle United. He scored a total of 260 Premier League Goals and is the only player to score more than 200 goals in the competition.

Latest figures show English Premier League clubs generated a total of £3.3bn in the 2014-2015 season – a 3% increase. The competition is broadcasted by BskyB and BT Sport, with Sky being the only television network to broadcast every season since the inception of the Premier League in 1992.