What is corporate strategy?

By: M Rahman | Tags: Strategic Management, What is corporate strategy? 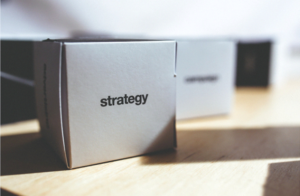 Corporate strategy is the direction a company takes with a view to achieving a long-term business success. According to Johnson, Scholes, and Whittington (2006) corporate level strategy is concerned with the overall scope of an organisation and how value will be added to the different parts (business units) of the organisation. Its purpose is to answer to the following questions:

What business are we in?

What business should we be in?

The answers to the above questions chart the course of business of the entire organisation (Plunkett & Attner, 1994)

There are different types of corporate strategy which writers shed light on. For example, growth strategy, retrenchment strategy, and stability strategy have been much discussed in business and management literature.

When a company decides to reduce the size or scope of its operations chooses retrenchment strategies. Sometimes, companies decide to reduce the number of employees, and sometimes close down poor performing stores all together. For example, in January 2015, Tesco announced to close 43 of its unprofitable stores in the UK (Goodley, 2015). Retrenchment strategies may become absolutely necessary during recession.

A stability strategy comes into play when a company decides neither to grow nor to reduce its operations. Rather, it would like to stay the same. A strategy of stability might be appropriate if an organisation needs time to recover after a period of sharp growth or retrenchment (Plunkett & Attner, 1994).

In a nutshell, a corporate strategy is concerned with overall direction of a company. It allows a company to make use of its multiple resources to achieve a single aim. It is actually about having ‘big picture’ view of a company.

M Rahman writes extensively online with an emphasis on business management and marketing. He is a graduate of both Leeds Metropolitan University and London South Bank University.

Advantages and disadvantages of inflation