Top 10 largest countries in the world by population 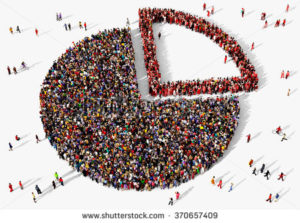 Top 10 largest countries in the world by population

Bangladesh is number 8 with a total population of approximately 157 million. The country has in fact a rapidly growing economy. A very good number of European and American companies have outsourced business activities in Bangladesh. Pakistan and Nigeria are in the 6th and 7th positions respectively. While both Pakistan and Nigeria are facing some geopolitical challenges, they are two emerging economies with a lot of potential. Pakistan is also the former world champion in cricket.

There is a debate as to which country is number 10 in the world. Well, according to the U.S. Census Bureau (2017) Japan is ranked as the 10th most populated country in the world. However, other sources consider Mexico the number 10 with a total population of approximately 130 million.

Certainly, a high population sometimes causes problems such as environmental pollution, unstable economy, and low standards of living.  However, it does not mean that all the countries will face the same problems. For instance, while China is facing environmental challenges due to a high population and mammoth manufacturing industries, the country has growing demands for more babies and the flow of immigrants as the current population is growing older. Similarly, Japan needs immigrants to boost population and economy as the population is expected to fall below 100 million by 2048 (Sieg & Sheldrick, 2015).